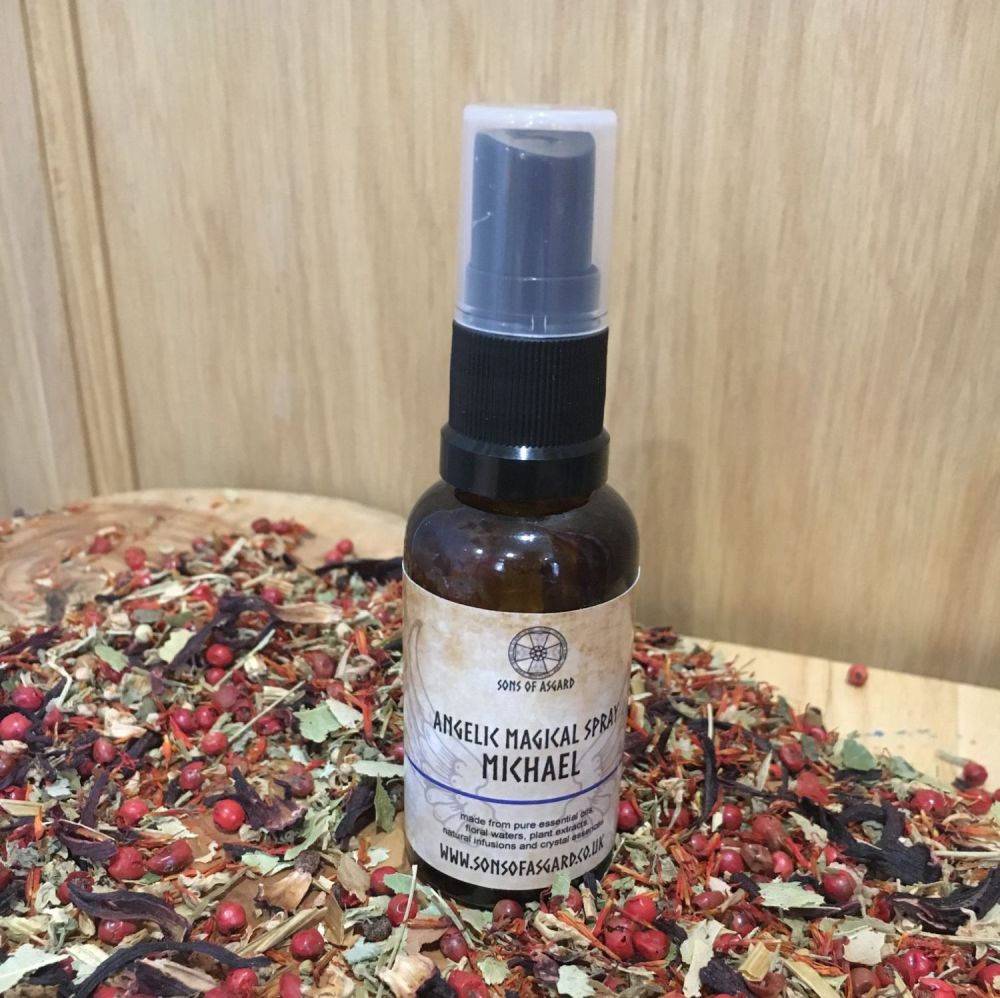 14 in stock.
Archangel Michael, whose name means 'he who is as God', is most often thought of as the angel of protection and the most powerful of all the angels. He is considered a leader within the angelic realm and a patron angel of righteousness, mercy and justice. As such, scriptural artwork depicts him as a warrior most often carrying a sword. Archangel Michael assists situations where you are afraid, confused or concerned for your safety.
He helps to release fear and doubt, and supports us in making life changes and is often said to work closely with those who perform healing work or provide spiritual teaching. He can even fix mechanical and electrical problems! Additional areas where Archangel Michael can be of assistance include courage, direction, energy and vitality, all aspects of life purpose, motivation, space clearing, spirit releasement, worthiness and self- esteem.

Price is for ONE Archangel Michael 30ml Mini Magical Spray.