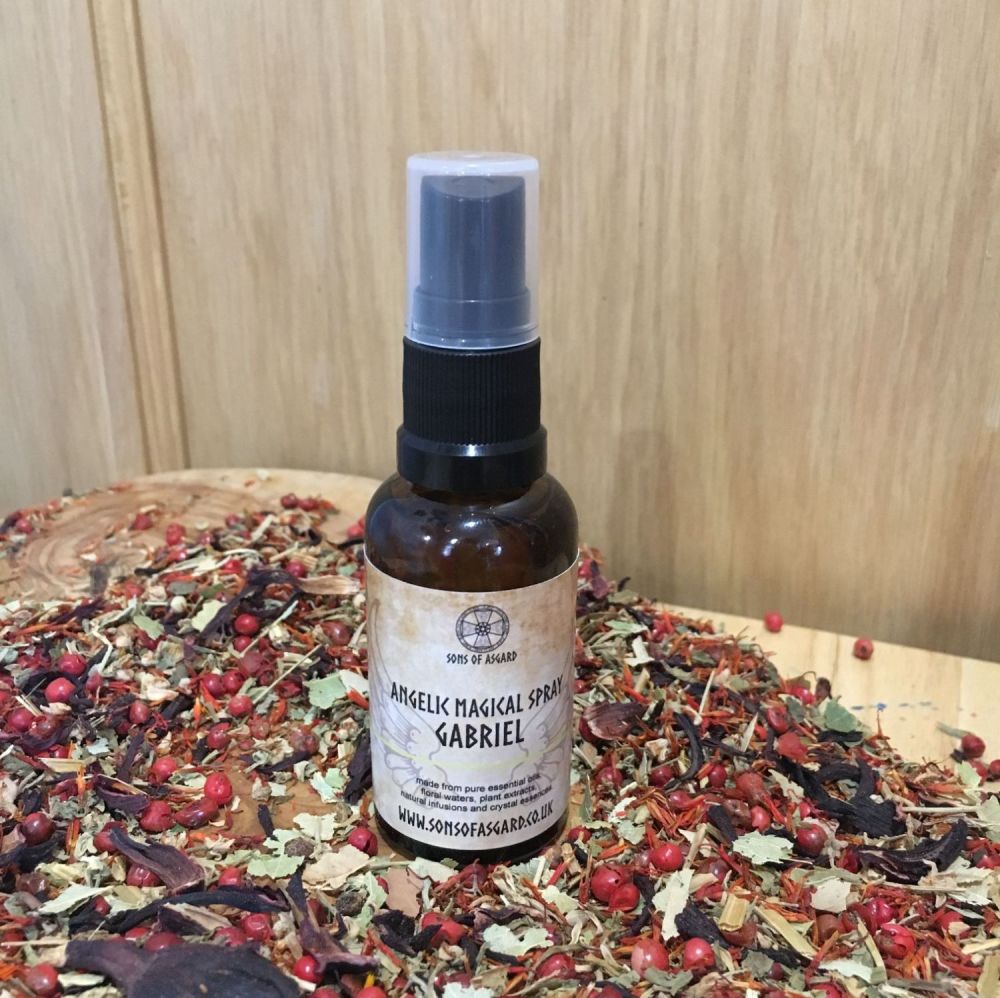 Archangel Gabriel’s name means 'God is my strength'. One of the two archangels specifically named in the Bible in both the Old and New Testament, she is often portrayed holding a trumpet and as the only female archangel. As the patron of communications, Archangel Gabriel is the messenger angel, acting as a messenger of God.

She helps writers, teachers, journalists and artists to convey their message, to find motivation and confidence, and to market their skills. She also assists in overcoming issues of fear and procrastination in communication as well as in all areas related to children, helping during conception, pregnancy, childbirth and child rearing.

Price is for ONE Archangel Gabriel 30ml Mini Magical Spray.